Posted on 18 August 2021 by catholicsensibility

A friend in ministry alerted me to Timothy Troutner’s piece on imprecatory psalms in the Church Life Journal (Notre Dame). These psalms have always been around; no one’s excised them from the Bible.

Their absence from the Liturgy of the Hours? That’s worth a discussion. They seem a specialized form to me. I’d say let’s use them in liturgy, but pray them very judiciously, like when an f-bomb might be appropriate as an adjective or part of an insistence. Not on some random morning in the third week of the cycle. Not every third word like a Hollywood drug movie.

From Mr Troutner, some good verses that have gone missing from the liturgy:

To the modern ear, some of the more extreme curses proclaimed in these scriptures may seem profoundly disturbing: “O God, smash the teeth in their mouths!” (Psalm 58:7); “May his children be fatherless, his wife, a widow” (Psalm 109:9); “Blessed the one who seizes your children and smashes them against the rock!” (Psalm 137:9). Yet in the context of the unthinkable crimes of men like Theodore McCarrick, such language is an understandable and even necessary spiritual response.

Agreed. Cardinal McCarrick is one guy that is universally acknowledged as a very bad dude by most every Catholic who has heard of him. On either side of that sin might be figures like Pope John Paul II who fawned over Marcial Maciel or Joan Chittister who once promoted women’s ordination. My sense is that politics is so soaked into most Church issues these days, that cursing in the psalms might be a box we don’t want to open. Those who assembled the modern Liturgy of the Hours were probably more wise than wimpy. But I’m open to being convinced otherwise, that the times are ripe for their return. But if so, where?

I would part company with the author on his point:

The absence of the imprecatory psalms is emphatically not a partisan issue, a conflict between “traditionalists” and “progressives.”

As it would be used today, it would most definitely be a political issue. I don’t think the present-day Church is mature enough to promote these with any frequency, and in that assessment I would include bishops, lay people, and especially theologians with STL’s from the Pontifical Institute of Facebook.

It was a prudential judgment. Worth revisiting, I think. While Mr Troutner focuses on the sins of abuse and cover-up from bishops, I do think they have a wider appeal:

Thus, the imprecatory Psalms are more than an answer to a rhetorical vacuum in ecclesial proclamations—although they are desperately needed for that purpose.

I suspect some would squirm and others applaud at their use in important issues of the day, like the plight of people of color around the world. That said, I have experimented with assembling psalms for a response to racist violence, including the 37th:

R. (6b) The Lord will make the justice of this cause like the noonday sun.

The wicked one plots against the just
and gnashes teeth against them;
but the LORD laughs at the wicked,
sees that the day is at hand.

The wicked draw the sword, bend their bows,
to slaughter the poor and needy,
to slay those whose ways are upright.
Their sword shall pierce their own hearts,
and their bows shall be broken to pieces.

But from the LORD comes the salvation of the just,
their stronghold in time of distress.
The LORD helps them and rescues them,
rescues and saves them from the wicked:
because they take refuge in him.
(12-13, 14-15, 39-40, Revised Grail)

This seems a bit tame after reading that article, despite the affirmation of confidence in victory as expressed in verse 6b.

What do you make of this as a setting of Psalm 21? These five verses are the ones omitted from the Evening Prayer Psalter:

Then the LORD in his anger will consume them,
devour them with fire.
Even their descendants you will wipe out from the earth,
their offspring from the human race. 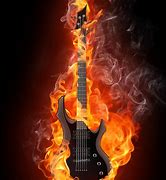 I think about music for these. Blues, certainly. Metal: that would be intriguing, a very angry genre, not to mention hip-hop.

Readers, would you make any suggestions?