Not Wanting To Believe

Posted on 18 August 2021 by catholicsensibility 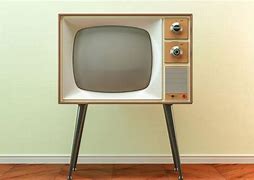 In nearly all corners of the US, there’s a personal suspension of belief. What I mean is that often we’re confronted with difficult obstacles, like an endless war overseas or a pandemic. We want to think a Hollywood ending is coming up after the next commercial break. So we convince ourselves. And maybe we fall asleep on the couch knowing the fate of the movie is in good hands. Who needs to watch the ending? We’ll slumber off to dreamland with our own fabrication, and that is how we’ll remember it.

I was reading this opinion piece on leaving Afghanistan. This narrative near the end of it struck me:

Intelligence was warning that the Taliban could take over in as soon as six months. Yet in July, as a resurgent Taliban advanced toward Kabul and Americans shuttered military bases, Biden assured Americans: “The likelihood there’s going to be the Taliban overrunning everything and owning the whole country is highly unlikely.”

Whether the president drew his own conclusion from raw military data or depended on someone else’s bullet points, this has the whiff of not wanting to believe. US leadership did not want to think the worst case could happen. Americans, I observe, do not want to consider such a scenario. We were free of airline hijackings for how many years? How many were just tourists on January 6th? How many US track men won gold medals in Tokyo?

Despite doing what no other president was willing to do, Biden was arguably the most disingenuous about what the consequences would be in ending the war, some analysts say.

“I just find it amazing to say you didn’t realize you could have a catalytic collapse,” (Anthony Cordesman, a Middle East policy expert) said, “to deny a Vietnam-like case as possible … that borders on just plain lying.” 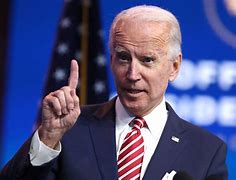 Lying to us? That might be a stretch. Lying to himself, well: we all do it.

I suspect that President Biden will be a stand-up guy about this. He’s not going to blame a military underling in public. That would be the job for at least one previous White House occupant. He’s enough of a politician to recognize that while he is insulated from personal political damage, the Democratic Party’s position continues to be on a precipice. (Amazingly, considering how the GOP has bungled government lately.) That’s why I think “plain lying” overstates the likeliest scenario. Maybe he pressed his generals and they reassured him. He spent eight years in White House situation rooms with his boss, so I’m pretty sure he had a better-than-most grasp on the situation.

US military leadership, with or without the president, did not want to believe the Afghanistan mission of twenty years was so close to collapse. Six months to a Taliban takeover looked enough like a loss. Six days was beyond comprehension.

I see things like this in peoples’ personal lives too. My spouse isn’t really an addict; I drove them to drink or have an affair. My kid is a good kid; no way would they steal, cheat, or lie. My team is the best team; they couldn’t possibly lose this game. We are willing to bet quite a bit on these things. Money, time, social standing. I’ve done it myself.

I’ve seen this in Afghanistan commentary too. Coming to grips with a humiliating military and geopolitical failure, I read a piece the other day suggesting that American presence in that nation has allowed a degree of freedom for a whole generation. Maybe that will serve as seed in fertile ground for a future with some promise.

Or, maybe I don’t want to believe this is a bitter ending devoid of any real hope.