Posted on 26 August 2021 by catholicsensibility 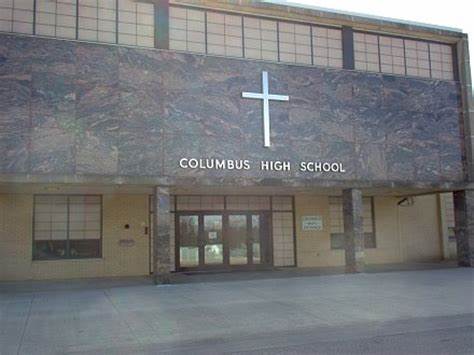 A Catholic high school in Iowa, in a community where my wife and I once lived, is facing a call to change its name.

I am sure this is an anguish for both sides. Change advocates suggest they are not about “cancel culture” but “Christian culture.” The sins of Christopher Columbus are well-documented, and the stature of his holiday has been in decline for decades.

On the other hand, Iowa is a very white state. People of color might be turned off by the name and what they know about the “discoverer.” Or they may look at the school for its many positive qualities and its undoubted Catholic culture.

That said, the Church won’t allow a parish or one of its associated schools to be named after anyone not a saint or in the pipeline to get to sainthood. Or God or some sacred event (like Epiphany or Resurrection). Hospitals are often named for saints, and universities often enough.

I once served in a parish that named its daily Mass chapel for a beloved deceased pastor. We were informed this must change–the chapel must be renamed for a saint. So my boss and her consultants chose St Joseph, the Christian name of the priest. That was a smart choice.

I don’t know what the smart choice will be for Columbus High School. The landscape is marked with mines and craters and other pitfalls. But potentially, it could be a good and graced discussion with the concerned alumni and supporters.