Posted on 1 September 2021 by catholicsensibility

Maybe it’s relief from summer heat but as you may have seen from increased production here the past few weeks, I feel like writing again. Maybe I’ll even include some audio and video things, as my patience for this platform persists.

I had pondered a look at the revised Rite of Baptism, but the new praenotanda for that and other sacraments don’t appear to be substantially changed from what I wrote about over a decade ago. So, no new series on those. I also thought about revisiting some Vatican II documents. But since I’ve lost patience with some of the non-liturgical series over the past few years, I think I’ll skip that idea too.

I plan to add the Psalter from the funeral rites here and there in the coming months. These texts are presented with alternate antiphons from the Liturgy of the Word at Mass, but the rubric of OCF 347 is clear:

The following psalms with their antiphons may be chosen for use in various places within the rites. 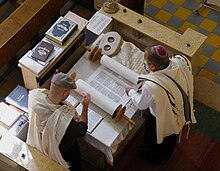 Many mourners, clergy, and liturgists don’t get too far past Psalm 23, but that’s never stopped me or this site from delving deeper into Catholic worship. Would you believe the funeral rites suggest Psalm 119? They give all 176 verses. A traditionalist friend once remarked that the 119th would make for a magnificent choral symphony and hinted I might like to compose it. I think his regard for my ability on that score was a bit inflated. But 22 posts here and there don’t seem as daunting.

We’ll continue looking at Roman Rite prefaces now and then. But I lack the motivation to hold myself to a daily series as we sort through the seventy or eighty of them out there. I just pray to keep track of them all.

Maybe other liturgical texts deserve a peek, but I’m at a loss for something I haven’t already covered. Any ideas?

Todd lives in Minnesota, serving a Catholic parish as a lay minister.
View all posts by catholicsensibility →
This entry was posted in The Blogosphere. Bookmark the permalink.

1 Response to Blogging Ahead Fall 2021