Posted on 1 September 2021 by catholicsensibility

Snippets here of a Pope Francis interview at Crux, including some comments about the TLM. First, an indirect account of praise for his predecessor:

Pope Benedict XVI’s decision to publish Summorum Pontificum, giving the possibility of celebrating the Mass with the Missal of John XXIII for those who had a “certain nostalgia,” was one “of the most beautiful and human pastoral things” by his predecessor, “a man of exquisite humanity.”

I think this is fair. As with any person, Pope Benedict XVI had a circle of people and experiences that colored his worldview. If you don’t know or interact with feminists, then the times are in the 1950s. If you don’t know any white people, the world is full of people of color. If you never visit a church, the planet is full of atheists.

Except for a half decade as an archbishop, the pope emeritus lived as an academic and member of the curia. His experience as a priest was certainly far different from most other clergy and certainly from ordinary Catholics and their aspirations.

He said that last year the application of Benedict’s motu proprio was studied, through a year-long consultation of all the bishops around the world, and it became evident that what had been a pastoral gesture was “being transformed into ideology.”

My recollection of the 70s in my home diocese was a distant hum of dissent. People objected to Vatican II as I was told, and the TLM was the flag planted on that hill. Half a century ago, it was the banner of an ideology. That ideology persisted in a good deal of fake news: catechesis post-Council was poor when in fact it was much improved over what preceded Vatican II; the new liturgy was all clown Masses and guitars (when in fact folk groups were often limited to one Mass among many on a parish schedule); church architecture was in steep decline (when in fact parishes had been building schools first for decades, and making do with basements and multi-purpose rooms, sometimes long past the planned phase-out for financial reasons). 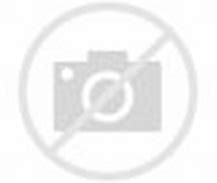 When you go online to traditional Catholic sites, the ideology is clear. Sometimes it presents itself as gentle, a bit smug, and knowing better than the mainstream. I can admire the artistry that goes into a Latin High Mass–the effort which really should be the norm for Sunday worship rather than the exception. It may well be that the ordinary parish can learn a lot from places like St John Cantius and St Agnes in St Paul MN. But we don’t need to implement Low Masses for all but one all-eggs-in-one-basket celebration at Sunday mid-morning. The mutual enrichment from the modern Roman Rite to the Tridentine celebration is that all Masses on Sundays and holy days should be “High.” That’s the bar I’ve set for myself and my parishes in using the modern Roman Rite. Not trimming 8AM or noon to the minimum music needed to get people out in time to beat the breakfast line at the local diner or get home in time for the NFL kickoff.

We had to react with clear norms. Clear norms that put a limit to those who had not lived that experience. Because it seemed to be fashionable in some places. If you read the letter well and read the Decree well, you will see that it is simply a constructive reordering, with pastoral care and avoiding an excess of those who are not.

We read the document and the letter quite well here. Perhaps “fashionable” makes light of the attachment many found and experienced in liturgy well done.

It seems clear Pope Francis did not want the TLM to be a focus for an evangelization within a Church. Is it wrong? One part of me would suggest it is more about attraction to Jesus rather than a particular style of worship. And to an outsider to Christianity or most casual Catholics, a TLM and a Latin Mass according to the modern Rite would look largely the same. Theologians might argue that there are elements of an outdated ecclesiology in the TLM. But the modern Rite isn’t yet rid of its own inconsistencies. Errors, especially persistent misunderstandings, blunders, and poor choices in parishes continue to dog how the liturgy is perceived by regular worshippers.

I do think parish liturgy needs more attention. Saying the black and doing the red in any Missal simply isn’t enough. I could elaborate more on that here, but I know I’ve written countless posts here outlining what I think about effective, fruitful, and good worship. If you have a question, call or e-mail me. Or comment below.

Todd lives in Minnesota, serving a Catholic parish as a lay minister.
View all posts by catholicsensibility →
This entry was posted in Church News, Liturgy. Bookmark the permalink.