Posted on 4 September 2021 by catholicsensibility Sometimes people aspire to do the right thing, but go about it in the wrong way. Abortion, for example. Even many pro-choice people would agree that the optimal number of elective abortions is zero. No more abusive fathers, friends-of-family, boyfriends, women in poverty, and such. Abortion, however tragic the loss of human life is, is often the symptom of a deeper ill.

Controversial politics in Texas, and it includes encouragement for tattletales. Obviously, that asks for trouble, like this.

The effort to defund the police, is another example. People of color witness a death toll, and the slow progress (at best) of justice compared to people who murder police officers who are speedily tried and convicted. Where can one counterattack? The budget would be one non-violent way. Better than burning down buildings on that score. 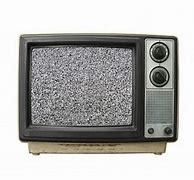 Aside from crashing the whistleblower websites, false reports create enough of a smokescreen so that real reports get swamped in background noise.

One commentator I read suggested that the Texas law/SCOTUS ruling would be a pyrrhic win for the political pro-life movement. I suspect that prediction will prove as true as anything.

People who don’t want to see women in prison in a new round of culturewar have many resources at their disposal. Conservatives might complain, but keep in mind that an invasion of a government building by horned, furred, feathered, and zip-tie carrying insurrectionists may well have a more behaved parallel on websites urging tipsters.

What’s ahead? A lot more chaos if the Supreme Court stays its course. And if people do break whatever law, the feeling of protesters is catch-me-if-you-can. Do it in public at the Capitol, and it seems likely. Shoot a cop while the cameras are running, likewise. As tricky as in the dark on an isolated road, I figure the internet will be hardest of all.

Mind you, I think it’s one sign of a deterioration in society. I don’t celebrate it. I lament it. But I also understand where people are coming from. And if lawmakers and jurists and politicians and activists don’t understand it, they will be swept along in the current to come rather than guide themselves and others through it.

Todd lives in Minnesota, serving a Catholic parish as a lay minister.
View all posts by catholicsensibility →
This entry was posted in Politics and tagged culturewar. Bookmark the permalink.