Posted on 3 October 2021 by catholicsensibility

The Japan/Europe probe to Mercury has made its first flyby of the solar system’s smallest planet almost three years into the mission. It is surprisingly difficult to reach Mercury; there are still more than four years before the main phase of the project. The New Horizons shot to Pluto was much much easier, as it happens. With the colder world you just need a powerful rocket and if you want to get it done quick, arrange a swing past Jupiter. Have good aim. Wait ten years.

NASA did Mercury from orbit a decade ago. Same mission plan: fly past Earth and Venus a few times, then use the target planet to reshape the path to allow for a minimum amount of fuel to place the probe in orbit. Check the purple path, left. (For perspective, Venus is light blue and the Earth is a darker hue.) The alternative for any attempt at Mercury is to carry a lot more fuel and much less instrumentation. Scientists like to maximize their study options.

The ESA/JAXA probe is named for an Italian scientist who crafted the complex flight path to cut down on rocket fuel needed. Professor Giuseppe Colombo’s life summary is here. 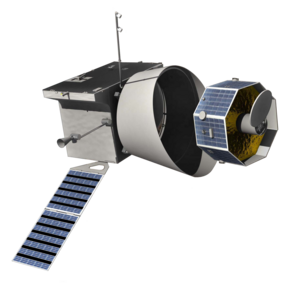 The Bepi-Colombo probe is depicted, right. It actually consists of three separate elements: a European-built Transfer Module that will eventually deposit the mission in orbit, the Mercury Planetary Orbiter (MPO) also built by the European Space Agency, and the Mercury Magnetospheric Orbiter (MMO) built by the Japan Aerospace Exploration Agency.

Naturally, there are pictures from this first of six flybys. When closest to the planet, Bepi-Colombo passed over the night side of Mercury. Emerging from the shadow, below, the image (with captions) is from about 600 miles. 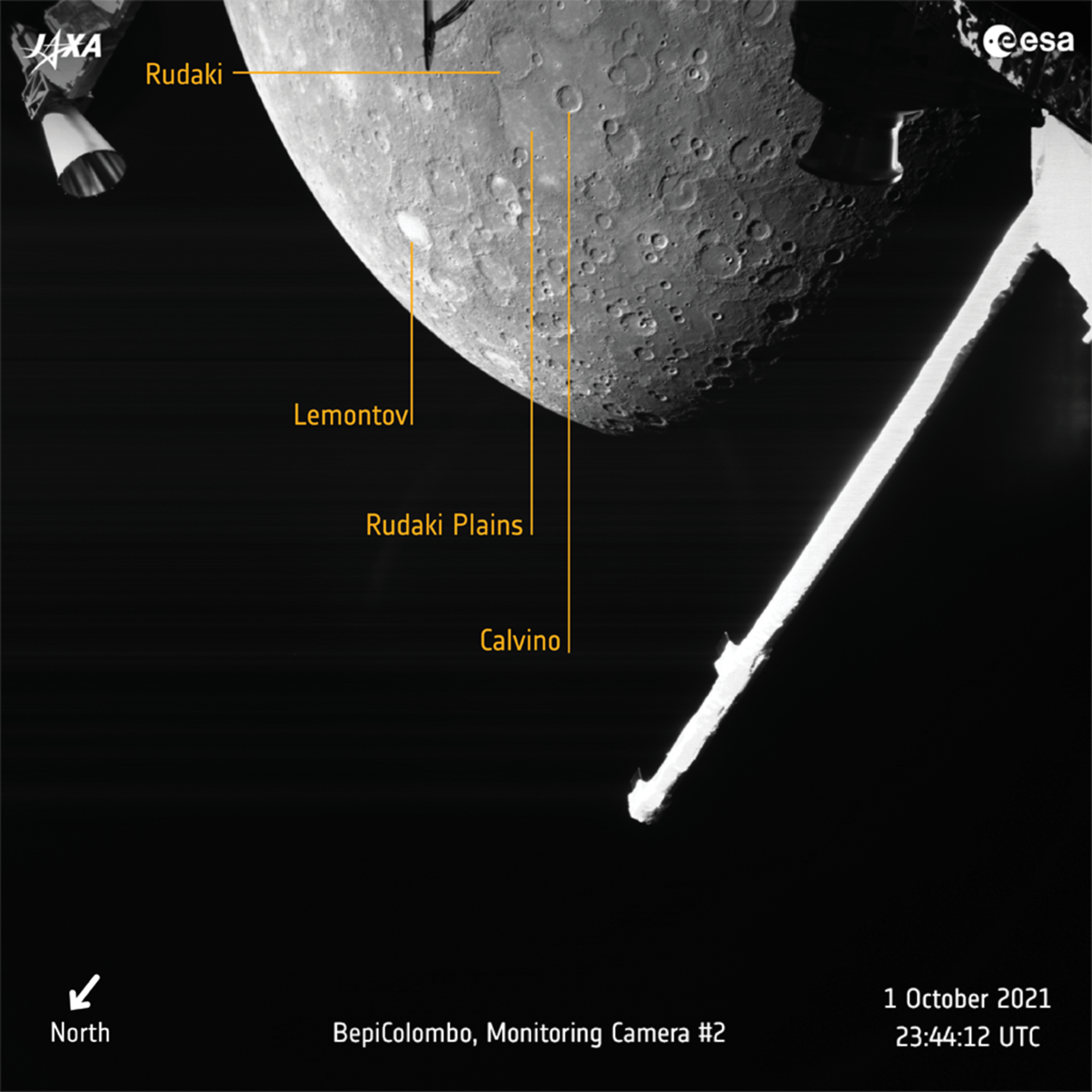