Posted on 11 October 2021 by catholicsensibility 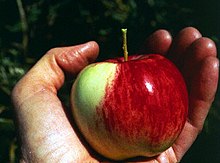 I noticed on cruxonline, a note about “Scandal-ridden Legionaries of Christ named in Pandora Papers.” A social media friend suggested fire, demolition, and salt for the order founded by an acknowledged criminal and grave sinner. As the linked article confirms, overseas banking isn’t illegal. It might not be immoral. But it is a method used on occasion by criminals.

I’ve been familiarizing myself with the life story of my new parish’s name saint. She did what many people with a mission did in the Tridentine Era. She founded an order.

I’m not suggesting it was at all a bad impulse. Lots of people were doing it after 1570. Educating black and native children in the US was a definitive need. Maybe nobody else was doing it. I have noticed the original motherhouse closed and St Katharine’s relics are removed to the cathedral in Philadelphia. Other orders have shut down, or merged, or shifted charisms to lay associates. A friend who is an associate tells me that lay people now outnumber vowed religious in the community.

If Katharine Drexel were to have surfaced a century later, and visited Pope John Paul II in Rome in 1987 rather than 1887, would she have started an order? Would she have been a Jesuit volunteer, or a Maryknoll missionary? Her charisms for education and faith formation, for justice and prophecy, for organization and leadership would have matched many existing ministries in the Church.

As for Marcial Maciel, would his vocation, as viewed in the larger Church, have fit anywhere?

On one level, it doesn’t seem fair that a noble purpose should fade and another built on abuse should continue. Founding is far from a bad impulse. But these days, is it any longer a necessary one? Maybe it’s just me, but I’d rather join an existing collective of disciples and offer what I could to enhance something already in the works. Maybe Liam would convince me otherwise.

Todd lives in Minnesota, serving a Catholic parish as a lay minister.
View all posts by catholicsensibility →
This entry was posted in Commentary, Saints. Bookmark the permalink.

5 Responses to Fruits of Founders