Reconciliatio et Paenitentia 7: In the Light of Christ the Reconciler

Posted on 12 October 2021 by catholicsensibility 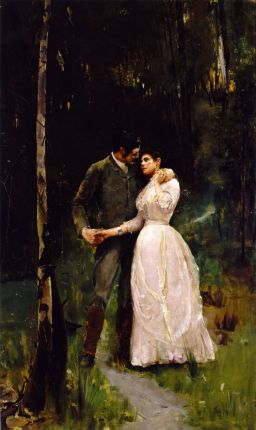 We continue with the first theme of Part I, Chapter Two and we are considering salvation “In the Light of Christ the Reconciler.” In the eleventh chapter of the fourth Gospel, remember that narrative where Martha confesses Jesus as “the Messiah, the Son of God, the one coming into the world.” By raising Lazarus, the Lord demonstrates his power to abrogate Adam and Eve’s curse of death for their sin. Later in that chapter …

This mission of reconciliation through death on the cross is spoken of in another terminology by the evangelist John, when he observes that Christ had to die ” to gather into one the children of God who are scattered abroad.”(John 11:52)

God’s vision of reconciliation does not end with humankind. Inevitably, our own fallen state spreads chaos and destruction all around us. The early Church recognized that the created universe needed restoration:

But it is once more St. Paul who enables us to broaden our vision of Christ’s work to cosmic dimensions when he writes that in Christ the Father has reconciled to himself all creatures, those in heaven and those on earth.(Cf Colossians 1:20) It can rightly be said of Christ the redeemer that “in the time of wrath he was taken in exchange”(Cf Sirach 44:17) and that, if he is “our peace,”(Ephesians 2:14) he is also our reconciliation.

Saint Paul isn’t the only one. Mark the Evangelist relates the intent through Jesus’ words in 16:15: “Go into all the world and proclaim the good news to the whole creation.” (NRSV) The end of the New Testament also relates the vision of a new heaven and new Earth. (Cf. Revelation 21:1ff)

The Christian celebration of the Eucharist references this reality of Christ’s reconciliation, often seen as a prelude to the sacramental experience:

With every good reason his passion and death, sacramentally renewed in the eucharist, are called by the liturgy the “sacrifice of reconciliation”:(Eucharistic Prayer 3) reconciliation with God and with the (community), since Jesus teaches that fraternal reconciliation must take place before the sacrifice is offered.(Cf Matthew 5:23f)

The teaching referenced from the Sermon on the Mount is part of Jesus’ exhortation of common folk to a holiness superior to that of the religious establishment of first century Palestine. It’s a small piece–two verses in a more extensive teaching–but vital in the sense of setting priorities and ensuring the believer is well-prepared before offering worship. It’s not a novelty in Judaism. Again, the prophets warned people how God viewed worship that was unhinged from the practice of justice and charity.