Posted on 14 October 2021 by catholicsensibility 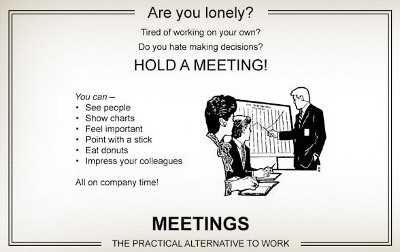 Who could have imagined that bossy people like work a lot more than the bossed? I wonder about church employees.

In my current parish, we have seven people rotate half to full days as receptionists at the church office. The Monday person, the one responsible for the parish bulletin, was the last to work exclusively at home. Though I think she’s been coming in now and then the past few months. Her day on is my day off, so I’m not always sure. As the “supervisor” of the front desk, I suppose I should know. But I tend to run a loose ship on that front. (Psst: just don’t tell that to my wife; she’s the Friday morning person.)

One striking finding from the report is that remote work has significantly improved the work experience for Black employees. In the latest survey, 76% of Black knowledge workers said they value relationships with co-workers. That’s up from only 48% this time last year. Also, the number of Black survey respondents reporting that they feel more fairly treated at work is up too: 73% now as compared to 47% a year ago. In the report, Dr. Ella Washington, an organizational psychologist, said that going virtual levels the playing field by increasing transparency and overall communication. That’s going to make anybody feel more like they belong, especially folks that are not usually in those conversations, she said.

Down with racism in the workplace! I can get down with that. Hopefully sexism and misogyny too. It’s hard for predators to touch in inappropriate places and make rude comments when they are not in-person.

I continue to say about all this: power to the workers. A lot of people really don’t need to be working on site all the time. Last year my boss gave me flexibility as  I felt comfortable. I have two high risk people to care for at home. So if I didn’t need to be at Mass, I could take time at my home station to work on website and social media things.

As for the fussy bosses, it reminds me of a New Yorker cartoon I saw years ago. An executive is on the phone to his secretary, “Call a meeting! I need to be pampered!”

Bosses need to pay more, and offer a lot more flexibility. I like that many workers have power over the bosses these days. Bosses, naturally are fighting back, declining to hire the people they need at fair salaries. Then trying to get the consumer public to side with them. Fat chance, bosses.

Todd lives in Minnesota, serving a Catholic parish as a lay minister.
View all posts by catholicsensibility →
This entry was posted in Commentary and tagged work. Bookmark the permalink.