Posted on 29 October 2021 by catholicsensibility 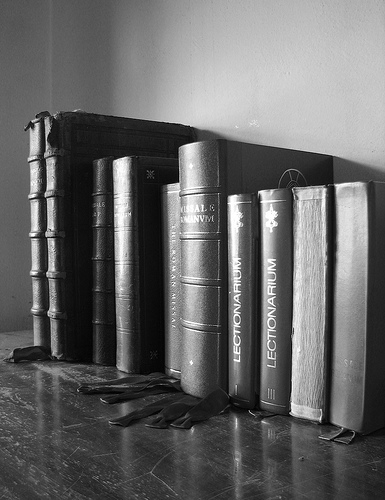 By far the largest “capital letter” section, “RESPONSIBILITIES AND COMPETENCIES OF THE EPISCOPAL CONFERENCES.” A bit more than half the document will address:

Once the Latin edition is complete, the bishops spring into action.

8. In light of can. 838 §§ 2 and 3, it is for the Episcopal Conference to publish the liturgical books, bearing in mind that they contain translations of the original Latin texts and the adaptations already provided for in those same books, which require confirmatio; there may also be a more radical adaptation (cf. SC n. 40) which is not indicated in the typical liturgical books and which therefore requires recognitio.

For both the confirmatio and the recognitio the procedure for approval by the Episcopal Conference will take place in accordance with can. 455 § 2 of (canon law).

This is pretty clear: the initiative for new rites and revisions of existing ones is undertaken by Rome. A recent example would be the innovation of prayers and rituals within the funeral rites when the deceased has been cremated. There was input from bishops in countries in which cremation was a practice, and the CDWDS formulated the Latin edition. Translation of the text, assembly of the book, confirmatio, recognitio, and publication followed.