Posted on 11 November 2021 by catholicsensibility 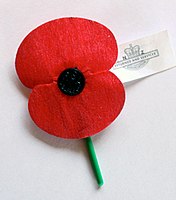 I certainly knew that the feast of Martin of Tours lands on 11 November. I didn’t know that was intentional on the part of those who planned for the first armistice at the end of the Great War.

Here in the US, we honor veterans, living and deceased. Some have suggested we in the US are reticent to let go of our love of conflict, and perhaps the original intent of 1918–the thought of ending the last war, should surface again in the world’s thinking.

Governments had meant to do the opposite in 1919: if you go back and read the newspapers of the time closely enough, you can almost hear the collective sigh of relief and jubilation on the first Armistice Day. Millions celebrated peace and renounced war on that November day, a year after the violence in Europe had ended: after the mustard gas stopped burning off soldiers’ skin; after Gatling guns stopped mowing down young boys from mostly poor and working class families; after fighter planes stopped streaking the sky; and after bloody bayonets were wiped clean. In the wake of so much carnage, it was then clear to millions of people that wars were not about valour or romantic ideals, but about empire, which benefits a few at the expense of many.

It took only two more wars fighting for empire before the Americans buried that day’s history as a celebration of peace.

That last reference is to the 1954 post-Korea switch from armistice to veterans.

Many veterans, I am sorry to report, have simply been used by the 1% to further aims that benefitted very few of the 99. That doesn’t negate the valor and honor of their sacrifice, but I think honor demands we look unflinchingly at war, and not paper it over with flags or poppies or nice white starched things.

Saint Martin was a soldier, and he is a patron of these women and men. He was also a conscientious objector. He is called upon by those women and men who object to violence as a matter of honor and conscience.

Saint Martin, pray for us
to dedicate our relationships
to harmony and peace,
to refrain from words and actions
that harm others,
to look to the poor
and provide for the needs of people
who reveal Christ in our midst.

Todd lives in Minnesota, serving a Catholic parish as a lay minister.
View all posts by catholicsensibility →
This entry was posted in Saints. Bookmark the permalink.

1 Response to Saint Martin And Veterans