A Season of Hope

Posted on 30 November 2021 by catholicsensibility 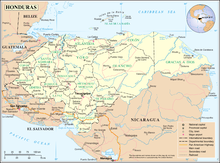 I had heard the election results reported on NPR on my drive home this afternoon. I was curious to see what my friend John had to say, and it’s here.

Once I had a plan for a cultural exchange, suggested by my missionary friend. Alas, political upheaval created nervousness in the students and parents of the planned visit to the province of Copán. I might have made the visit as a solo, but my wife was also nervous. It is a journey about which I would have been too skittish as a youth. Now, for better or worse, I feel far less fear in the world. But I have obligations to people, and I honor those. Travels to far off other places, Central America, Australia, Antarctica, Mars or the moon–these will be for the afterlife, I suppose.

I’ve had many friends who have visited other places, even as non-tourists. I get the idea the wide world is quite beautiful, despite the misadventures of the 1% to drag it all down into poverty and sorrow.

Some helpful words from the spiritual writer Joan Chittister:

Advent calls us to hope in the promise that God is calling us to greater things and will be with us as we live them. Hope is the recall of good in the past, on which we base our expectation of good in the future, however bad the present. It digs in the rubble of the heart for memory of God’s promise to bring good out of evil and joy out of sadness and on the basis of those memories of the past, takes new hope for the future. Even in the face of death. Even in the fear of loss. Even when our own private little worlds go to dust, as sooner or later, they always do.

Todd lives in Minnesota, serving a Catholic parish as a lay minister.
View all posts by catholicsensibility →
This entry was posted in Other Places, Politics. Bookmark the permalink.