Posted on 8 December 2021 by catholicsensibility 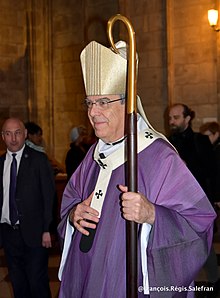 Indeed, if you take Francis’s words at face value, it almost seems to imply a sort of “heckler’s veto” on a bishop: If a crowd screams loud enough and long enough, they can get a bishop removed regardless of the merits.

We know this is an inclination for lot of people in democracies these days. Even oligarchies. If there’s a way to amass noise–online, in donation cliques, social media, whatever–people will express their feelings and press for change.

Of course, one could interpret the reference to inability to govern to mean that the pope had no choice, except that it begs the related question of how Francis assesses what constitutes “ungovernability.”

Is Paris right now any more impossible to govern than the diocese of Osorno in Chile was, for instance, when Francis refused to remove Bishop Juan Barros despite an avalanche of criticism for his role in a scandal surrounding that country’s most notorious pedophile priest, with the pope at one point being caught on tape fulminating against “being led around by the nose” by a media stampede?

Sure. I get it. Truly: no adult likes to be told what to do. The young miss often bristles at my advice. It’s like a human being absorbs a degree of stubbornness at age 14 or so. Why would Pope Francis be different?

I think one can be frustrated at clumsiness in the episcopacy, the noise generated by lay people online, or whomever one wants to blame. One can harbor such feelings and still see the need for change, reform, uncomfortable conversations, or whatever.

Todd lives in Minnesota, serving a Catholic parish as a lay minister.
View all posts by catholicsensibility →
This entry was posted in bishops. Bookmark the permalink.