Hannah and Her Son

Posted on 26 December 2021 by catholicsensibility 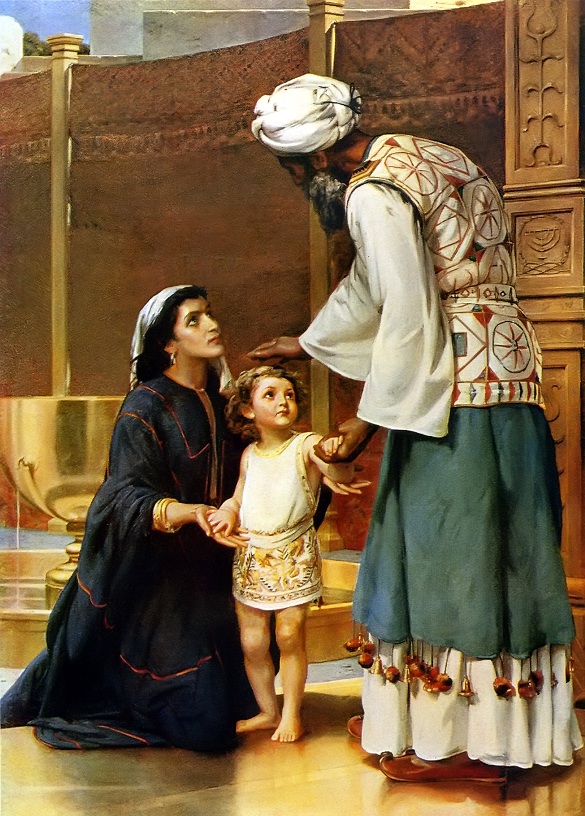 Over the years, I’ve experienced a certain vehemence about not using the cycle A readings every year in Lent on those third, fourth, and fifth Sundays. The feeling strikes me as equally strong to stick to the cycle A options every year for the Sunday after Christmas.

After more than two decades of the last major Lectionary update, I do believe today was the first time I heard the cycle C readings on Holy Family Sunday. There is a huge gap in the cultures of ancient Israel and First World Christianity. That a long-childless woman would give her one son over to the religious institutions of the day–inconceivable. So to speak.

Still, it is good to see a female figure feature in the Sunday readings, even if modern parents would cringe at her choice.

The pairing of this reading from the first chapter of 1 Samuel with Psalm 84 is a logical one. I’ve played many settings of this text, but never in Christmastide. Not only is there the allusion to young Samuel living in the Temple, but also Jesus’ own adventure at age 12 in the Gospel.

Verse ten of the Psalm struck me also:

O God, behold our shield,
and look upon the face of your anointed.

In Israelite imagery, the king serves as the shield of the people, as prayed here:

The notion that a leader protects people rather than allows him or herself to be shielded by them–protected by bad information, plausible deniability, unpleasant facts, etc., is likely just as jarring to the modern experience.

The image is of a painting by Frank William Warwick Topham – https://christianitymalaysia.com/wp/wp-content/uploads/2017/05/Topham_Samuel_a-1.jpg, Public Domain, https://commons.wikimedia.org/w/index.php?curid=62361672

Todd lives in Minnesota, serving a Catholic parish as a lay minister.
View all posts by catholicsensibility →
This entry was posted in Christmas, Liturgy. Bookmark the permalink.

1 Response to Hannah and Her Son