Posted on 5 February 2022 by catholicsensibility 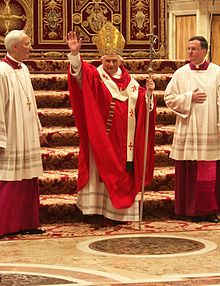 Pundits from different camps in the Church continue to weigh in on Archbishop Ratzinger’s leniency with four accused sex offenders in 1977-82. What does it mean for Pope Benedict XVI and his legacy as a church figure?

As an administrator and theologian, the man misdiagnosed sexual abuse by clergy. There’s no grave fault involved for ignorance. People get things wrong every day. Leaders have a high standard of responsibility, though. Errors might lack malice, but they still have consequences.

Many US bishops of the 1985-2002 era might also have acted without malice, but a certain willful blindness in the face of credible testimony has done more to erode institutional credibility and trust than anything else. What would help? An admission that, “I thought it was about sex. But it involved a lot more about addiction, power, compulsion, and institutional blindness than I wanted to concede. I am sorry for that.”

Pope Benedict was still doubling down on homosexuality and the 60s in his final years as CDF head. He was pushing for dumping priest-predators, but not for the right reasons.

We also know his own priorities were out of whack on bishops. A prominent American cardinal got overlooked despite mounting and credible suspicions, while a bishop on the fringes of the world was the target of an ecclesiastical hit job.

So, what’s the final tally?

Todd lives in Minnesota, serving a Catholic parish as a lay minister.
View all posts by catholicsensibility →
This entry was posted in Church News, sex abuse. Bookmark the permalink.