Spe Salvi 4: Hope in the New Testament and Early Church

Posted on 25 February 2022 by catholicsensibility 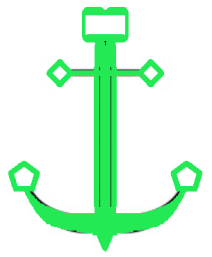 4. We have raised the question: can our encounter with the God who in Christ has shown us his face and opened his heart be for us too not just “informative” but “performative”—that is to say, can it change our lives, so that we know we are redeemed through the hope that it expresses? Before attempting to answer the question, let us return once more to the early Church.

This next section, starting with paragraph 4 and running through 9 will address The concept of faith-based hope in the New Testament and the early Church. For such a lengthy and comprehensive treatment by Pope Benedict XVI, it’s not a surprise he would begin at the beginning. He draws a parallel with the saint he modeled in the introductory section with early Christianity. We were a religion of common folk, mostly–even slaves:

Early Christians seemed not to concern themselves with political change. It is possible to preach justice–which they certainly did–without inserting themselves into the realm of government and social change:

Christianity did not bring a message of social revolution like that of the ill-fated Spartacus, whose struggle led to so much bloodshed. Jesus was not Spartacus, he was not engaged in a fight for political liberation like Barabbas or Bar-Kochba.

They recognized Jesus as a revolutionary of an altogether different stripe:

Jesus, who himself died on the Cross, brought something totally different: an encounter with the Lord of all lords, an encounter with the living God and thus an encounter with a hope stronger than the sufferings of slavery, a hope which therefore transformed life and the world from within. What was new here can be seen with the utmost clarity in Saint Paul’s Letter to Philemon. This is a very personal letter, which Paul wrote from prison and entrusted to the runaway slave Onesimus for his master, Philemon. Yes, Paul is sending the slave back to the master from whom he had fled, not ordering but asking: “I appeal to you for my child … whose father I have become in my imprisonment … I am sending him back to you, sending my very heart … perhaps this is why he was parted from you for a while, that you might have him back for ever, no longer as a slave but more than a slave, as a beloved brother …” (Philemon 10-16).

Here’s a point with which we struggle today. Still. How the Christians of the 1% and the 99 relate to one another. Do we rely too much on novelties like the prosperity gospel at the expense of authentic family across economic lines?

Those who, as far as their civil status is concerned, stand in relation to one another as masters and slaves, inasmuch as they are members of the one Church have become brothers and sisters—this is how Christians addressed one another.

What makes us family? The sacraments, certainly:

By virtue of their Baptism they had been reborn, they had been given to drink of the same Spirit and they received the Body of the Lord together, alongside one another. Even if external structures remained unaltered, this changed society from within. When the Letter to the Hebrews says that Christians here on earth do not have a permanent homeland, but seek one which lies in the future (cf. Hebrews 11:13-16; Philippians 3:20), this does not mean for one moment that they live only for the future: present society is recognized by Christians as an exile; they belong to a new society which is the goal of their common pilgrimage and which is anticipated in the course of that pilgrimage.

Baptism is less a membership card in a club, and more a passport for the pilgrimage of life and faith. This is how Pope Benedict XVI turns us back to the topic of hope. We recognize an imperfect present. We realize we have a long and arduous journey with a goal in mind. We catch glimpses of that final achievement; we see it in the Risen Christ, the One who beckons us to follow. It takes faith to do so. And again, there is the link to hope that the pope emeritus suggested a few sections ago.

Hope is the quality needed to express ourselves as Christians in the present moment. Our attitude is not exhausted or completed by just aiming for heaven. For the moment, for this present life, the journey forward is no less a focus for the believer and disciple.

This document is Copyright © 2007 – Libreria Editrice Vaticana. You can find the full document online here.

Todd lives in Minnesota, serving a Catholic parish as a lay minister.
View all posts by catholicsensibility →
This entry was posted in Spe Salvi and tagged Jubilee of Hope. Bookmark the permalink.