Posted on 9 April 2022 by catholicsensibility 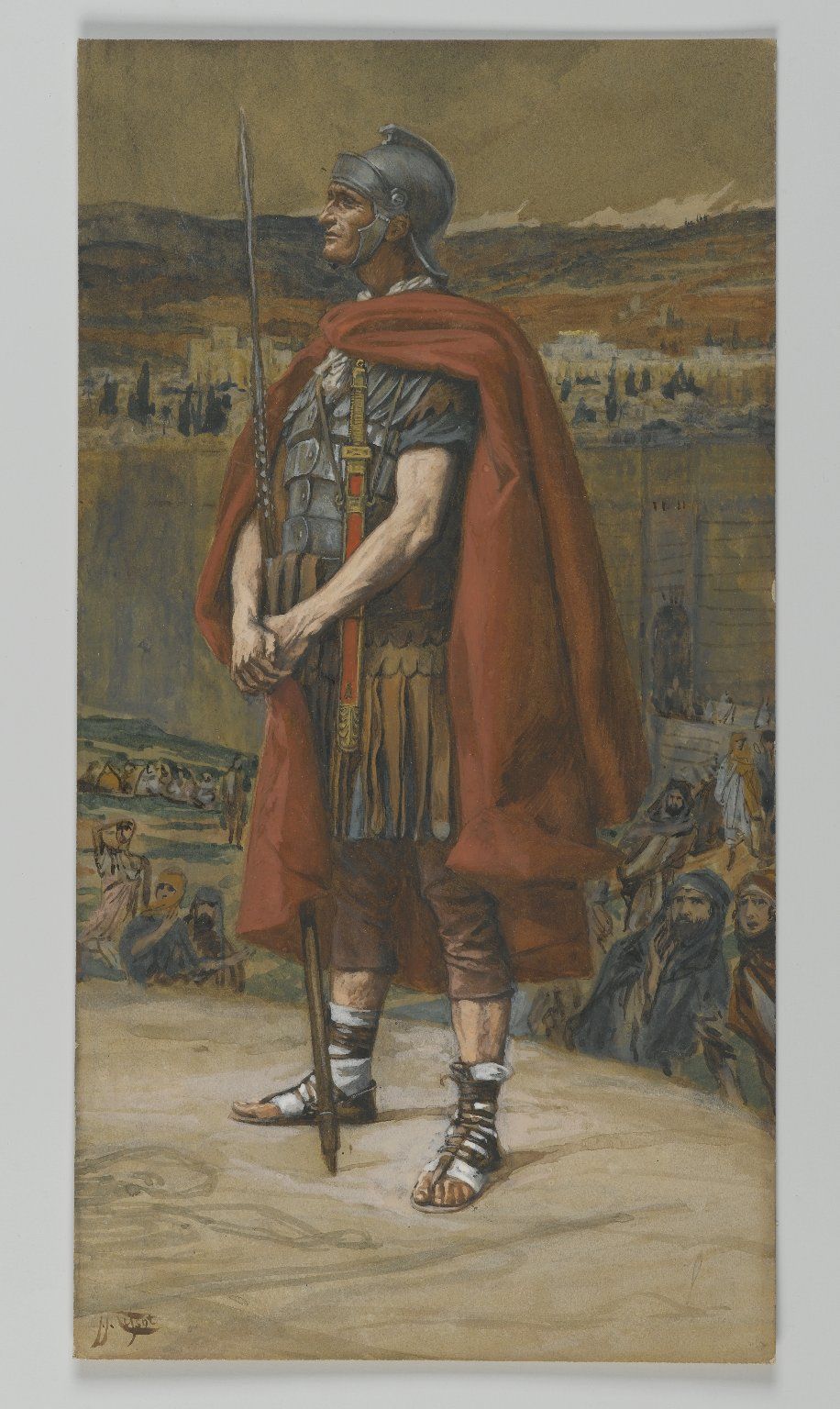 The pastor preached a bit today on the centurion’s witness at Jesus’ death:

The centurion who witnessed what had happened glorified God and said, “This man was innocent beyond doubt.” (Luke 23:47)

The word for “innocent” can also be translated “righteous.”

It’s a contrast with the profession of faith cited in Mark’s Gospel:

When the centurion who stood facing him saw how he breathed his last he said, “Truly this man was the Son of God!” (Mark 15:39)

Echoes of Saint Peter’s or Martha’s confessions of faith in Jesus as Son of God isn’t it? It’s a group thing in Matthew’s account, also inspired by unusual events:

The centurion and the men with him who were keeping watch over Jesus feared greatly when they saw the earthquake and all that was happening, and they said, “Truly, this was the Son of God!” (Matthew 27:54)

That centurion, the Gospel authors have divided opinions on him. Was he a man of faith? He could have been a native of the Middle East, and even a Jew–the Roman Army would promote from within the ranks of soldiers if a man showed bravery or valor. For the Christian today, perhaps a caution not to exclude people from outside our religious tribe; they can be observant of us, and deeply so.

Todd lives in Minnesota, serving a Catholic parish as a lay minister.
View all posts by catholicsensibility →
This entry was posted in Holy Week, Scripture. Bookmark the permalink.