Posted on 20 April 2022 by catholicsensibility 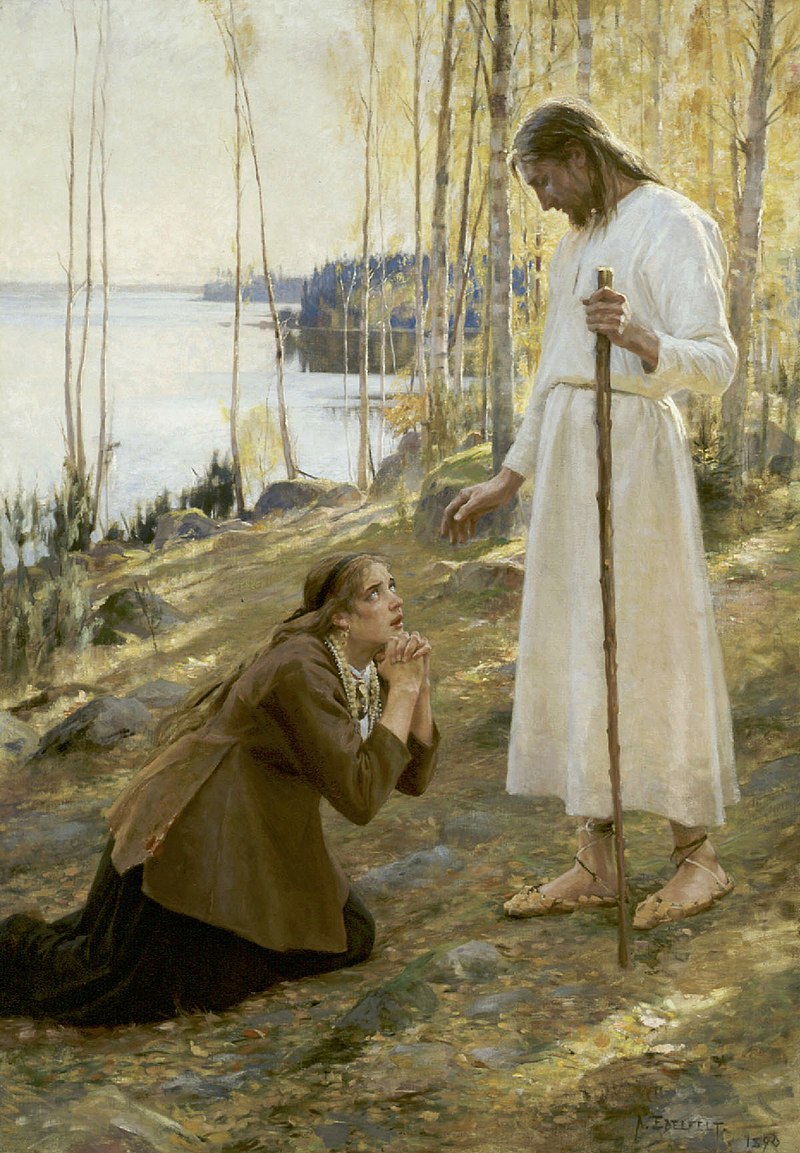 According to legend, Mary Magdalene brought a snack–eggs–to those in vigil at the Tomb. When she and the Lord had their “Noli me tangere” moment (presumably not uttered in Latin) the eggs in her basket turned red.

The legend continues: later in her life when she confronted a Roman official who scoffed at the resurrection. He said that he’d believe if the eggs on his table turned red. Which of course they instantly did. 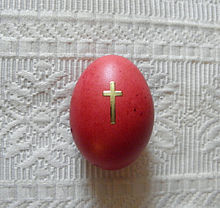 The image, left, bereft of red, is Albert Edelfelt’s interpretation of the post-resurrection encounter in a Finnish landscape.

Cracking and eating red eggs is a Greek custom, accompanied by the Easter dialogue:

No Latin, I guess.

Todd lives in Minnesota, serving a Catholic parish as a lay minister.
View all posts by catholicsensibility →
This entry was posted in Art, Easter, Saints. Bookmark the permalink.