Posted on 18 May 2022 by catholicsensibility 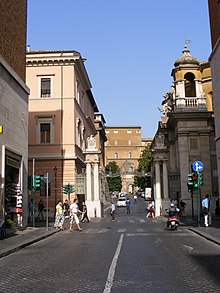 Earlier this year, Pope Francis promulgated an apostolic constitution that outlined reform and reorganization for the Roman Curia. As of this writing, I have yet to see this document in anything but Italian on the Vatican site.

You can readily scan your favorite Catholic sites and search engines to find almost anything of almost any opinion on how this document is either good, bad, or both. I confess little interest in the bulk of curial reform, but I do want to peel out sections 88 through 97 to see what it says about the “Dicastery for Divine Worship and the Discipline of the Sacraments.” We’ll devote four posts to this in the coming week.

Note that the term dicastery has replaced the older congregation in Vatican terminology in all instances. Not sure how much this is an upgrade in the original Latin or in the translation to English. For acronym lovers, it’s just a matter of substituting the letter C with a D. Where I’ve probably blogged hundreds of times about the CDWDS, now it’s the DDWDS. (Hint: I’m not going to edit this site to comply; just saying.)

Much has been made of Pope Francis’ desire that the curia serve the bishops and the ministries of the universal Church. Less so the other way around. It seems the text of Praedicate Evangelium largely reflects that. I suppose the pudding’s proof won’t arrive for a number of years yet. How Vatican officials and employees in the liturgy dicastery respond to bishops–a few thousand of them–that has yet to be seen.

Before we delve into specifics, any commentary? Heard anything or found an authoritative English translation yet?

1 Response to Praedicate Evangelium on Liturgy