On The Tube: Night Sky

Posted on 27 May 2022 by catholicsensibility 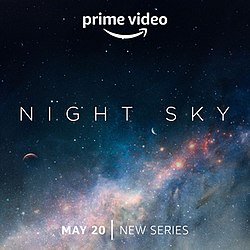 The title of the streaming series on Amazon Prime is a misnomer. There is one extraterrestrial vista through a window at the end of an underground passage in rural Illinois. However, this show unfolds entirely on Planet Earth. It begins with a married couple (very well acted, by the way) juggling a secret, a nosy neighbor, a busy granddaughter, and the decay of old age. Along the way, the viewer is introduced with people of varying degrees of criminality, innocence, and other mysterious passages to different places on Earth. There’s a secret society too. It claims God, but God has little enough to do with it; it’s really a weird cultish version of gnosticism.

On paper, it’s good science fiction/modern fantasy. One single thing is presented. What if passageways exist to traverse great distances on a planet and beyond? What does that mean for ordinary people struggling with loss, grief, and love? Some characters develop as the eight episodes progress. New mysteries are uncovered and life gets complicated for the innocent.

On the religion front, I was fascinated how the writers portrayed the character who aligns herself with God. How does the secular world see Christianity? If this is a window, they see faith as individualistic, as a lone person carrying on a tradition that is amoral at best. Values are compromised as “necessary” evils are carried out at the orders of a mysterious and slimy boss.

I confess I was hooked enough to watch all eight fifty-minute-plus episodes on a day off. There are enough loose ends to suggest the braintrust expects a second season from Amazon, possibly one with more shooting, kidnapping, and maybe even extra-terrestrial events. There’s some silly magic stuff that doesn’t add much to the story. Like many series I’ve seen on Amazon, there’s some sloppiness in the plot line and here especially in continuity. It’s like they hired two great actors, JK Simmons and Sissy Spacek and most of the other cast and crew were picked up from the Great Resignation.

Can I recommend it? If you like the first episode, you’ll probably stick with it.