Posted on 8 September 2022 by catholicsensibility

18th century astronomers saw that object in the constellation of Aquarius as a fuzzy spot. Charles Messier, left, made it number 2 on his list of things that were neither planet, nor star, nor comet. 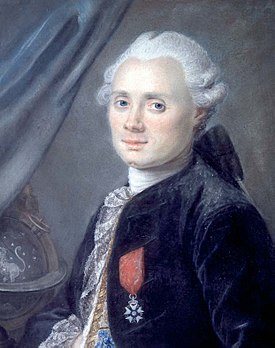 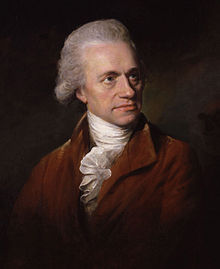 Planet-discoverer William Herschel, right, who had the best telescope in the world in the 1780s, was able to see what Messier couldn’t: the Aquarius fuzzy spot was made up of individual stars. Today we know that over a hundred-thousand of them are packed into a space of 175 light years. By comparison, we think there are a bit less than 7,000 stars in a space of similar size around our sun. M2 is twenty times as concentrated in the density of its skies. Night on a planet somewhere within M2 would be an awesome sight indeed.

If you have very sharp eyes, look up on a very dark night well away from habited places, and know where to find the right spot in the right constellation, it is possible to notice M2 without binoculars or a telescope. The cluster is over fifty-thousand light years away.

Today’s astronomers can peer deep into the universe. The above image of M2 is from the Hubble Telescope. Astronomers can also detect streams of stars from galaxies in collision. The thinking is that M2, somewhat elliptical for a globular cluster, might be the remnant of a small galaxy torn apart by the Large Magellanic Cloud and partly absorbed into the Milky Way. That was billions of years ago, long before the sun even existed.

The massive scale of the universe, time and distance: we get all that from a tiny spot of haze barely visible to the human eye. Imagine.

1 Response to M2 In Aquarius