The Media on Religion

Posted on 29 September 2022 by catholicsensibility 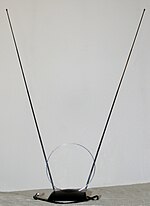 My morning news feed included a piece that linked to a summary of a survey that discovered (to no one’s surprise) that people of faith are disappointed by the poor treatment of religion in the non-religion media.

Some respondents said today’s religion coverage creates “unease and anxiety” about faith groups rather than building understanding. Many worried that the media “often perpetuates faith-based stereotypes” rather than correcting them.

Alas, sometimes religion groups themselves create the “unease and anxiety.” Sometimes journalists are reporting the embarrassing truth. People of faith–any faith–all realize that religion can sometimes be abusive and alarming. Some even recognize their own tribe has an image problem.

Journalists, too, are dissatisfied, according to HarrisX CEO Dritan Nesho, whose employees conducted the survey:

The journalists with whom we spoke believe that faith and religious coverage are becoming increasingly marginalized due to everything from newsroom economics to fears of ‘getting it wrong,’

I see a lot of shaky coverage in specialty areas. Science gets a bad view sometimes, to give an example prominent to me. I can also believe that a responsible pro thrown into a story might recognize their background isn’t up to speed. Modern news moves fast. A boss might not be helping. The vocabulary basics on a religion story are often lacking, even when the coverage is positive.

What’s the solution? Probably stuff that moves against the current: dialogue, taking time with a story, collaboration with a writer who knows.