Posted on 6 October 2015 by catholicsensibility

Asteroid number 13703 was renamed for Oscar Romero. An interesting quote from Rome Reports:

The humble Romero has now received another unique distinction: a small planet has been named after him. (Although it may actually be an asteroid, because it’s exact the classification hasn’t been determined.) 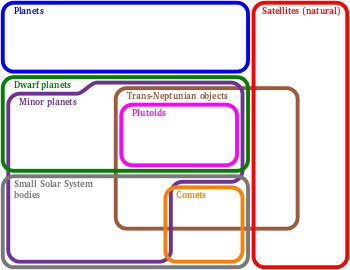 “Minor planet” is the scientific term. I suspect “small planet” is some kind of mistranslation. Celestial body #13703 has always been accepted as what is commonly known as an “asteroid.” That term isn’t terribly accurate as the root word “aster” refers to a star.

I suppose it is possible 13703 Romero is a comet. But we won’t know for sure until someone visits and determines if it consists of ice rather than rock.

One doesn’t have to be a saint to be a religious figure with a name attached to a minor planet. Check here, but before you do, see if you can guess the first (and so far only) pope so honored.

Todd lives in Minnesota, serving a Catholic parish as a lay minister.
View all posts by catholicsensibility →
This entry was posted in Astronomy, Saints. Bookmark the permalink.