On Scandal and a Funeral

Posted on 22 December 2017 by catholicsensibility 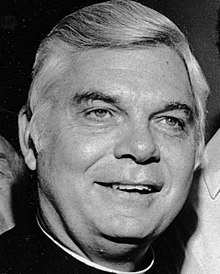 Our Church is quick to deny a funeral to someone in a gay marriage because of the “scandal” it would cause but then has a Vatican funeral for Law, ignoring the scandal that caused for so many, especially victims of clergy sex abuse. We have a long way to go.

Long way, indeed. I’ve written about possible consequences of Cardinal Law’s scandal. That Boston might be demoted from being a metropolitan see: no red hat, and the chief diocese of a province be recognized as one with a stronger record of virtue, even if a smaller city.

Given the notion of scandal, maybe Cardinal Law’s funeral should omit the celebration of the Eucharist. A Vigil, a liturgy of the Word, and a private burial.

But then there is the idea of mercy. And I would agree that we need mercy. There is no other way to end the cycle of mistreatment, secrecy, and a new generation that abuses power. It would seem to be in the place of abuse survivors and their allies to grant mercy and forgiveness. Sure, some people struggle with this. But healing from abuse likely includes coming to an inner peace on the trauma. I don’t think Pope Francis, the bishop of Boston, or any cleric gets to pronounce that we have moved on.

There’s this piece from a perspective within a scandal-buffeted diocese. Melinda Henneberger notes mercy has not been “doled out evenly” by the Church. Most striking in her commentary, though, was the notice of the sculpture of St John Bosco pointing at the altar, and seeming to warn children of dangers afoot.

That’s not to say we adults don’t have temptations to avoid. Prominently, it is so difficult to recognize sin when it is near, when it is disguised with loved ones, allies, colleagues. We don’t want to believe bad things about people we live with, work with, or have been ordained with. That makes it all the more important to listen carefully to people who don’t share our homes, work, or friends.

Scandals are not only bred in secrecy, but also in insularity.

Todd lives in Minnesota, serving a Catholic parish as a lay minister.
View all posts by catholicsensibility →
This entry was posted in bishops, Commentary, sex abuse and tagged Cardinal Law. Bookmark the permalink.