How To Preach A Funeral

Posted on 30 April 2018 by catholicsensibility 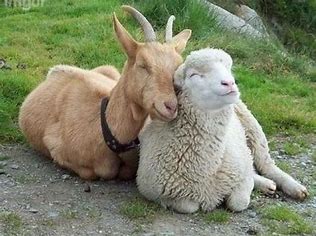 The easy answer here is: I have no idea.

In this PrayTell thread, the topic was Pope Paul VI’s personal thoughts and feelings about liturgical reform. We’ve all heard the apocryphal stories of the Holy Father getting ready for Mass on Pentecost Monday only to discover the octave there had been suppressed. Result? Tears of sorrow. Obviously, they didn’t tell the pope or the tattlers that a Votive Mass of the Holy Spirit was in the book.

Anyway, a brief exchange got me thinking. Frequent commentator and advocate of the Tridentine, Peter Kwasniewski:

Anyone who compares the texts of the old Requiem and the new Masses for the Dead will see the radical difference … which of course PT readers will celebrate as a liberation from medieval gloom and doom, while the trads will see it as one more example of a modernity-accommodating softening of the tough message of Scripture about the Four Last Things.

To which I commented:

So, the liturgy doesn’t scare the hell out of people anymore. Is this a thing?

My reading of biographies of saints of all ages was that their faith was grounded in a relationship that inspired them to great heroism. Mother Teresa didn’t go to Kolkata because she was afraid of another place. Maybe a mature Christianity suggests we shouldn’t worry about the monster under the bed if we don’t fall asleep and behave ourselves, but readily embrace good behavior because of what beckons tomorrow morning.

One reason to talk about sin at a funeral might be to scare the hell out of people. But another reason might be to praise God’s mercy all the more. I do sometimes get the impression at funerals that God didn’t need to be all that merciful because the deceased was on the whole a great guy.

Years and years ago when I was in rural ministry, a pastoral associate on our end of the diocese made nearly-daily visits to a woman who was in hospice care in her home. I nodded in approval, as this is commended in the Pastoral Care rites. After some weeks, the woman died, and one of the children, as it was related to me, commented that if she had known the Catholic Church was so attentive and caring she might never have left for the Lutheran Church.

I don’t know what was preached at the funeral. I knew the man in charge of that cluster, and I regarded him as a dedicated priest. I tend to doubt he preached on the Last Things. He wasn’t big on allowing eulogies either. So there was that, probably.

Does a preacher have a prayer of making a funeral homily choice that would be effective and appropriate as well as directed at the mourners? I would think one would need to know the people fairly well. Enough, at least, to overcome any natural prejudices toward either rigor or leniency. Given the size of parishes, including the non-attending family members, I don’t think most clergy have a grasp of this with most of their dead parishioners. Perhaps “do no harm” comes into play.

If occasional Catholics, inactive believers, and nones are attending a funeral, they may not necessarily be expecting a “good” word about the deceased. Despite the tradition for it, I’m not sure that a hellfire sermon is the best menu choice. We have the month of November and the first Sunday of Advent for that.

Todd lives in Minnesota, serving a Catholic parish as a lay minister.
View all posts by catholicsensibility →
This entry was posted in Liturgy, Ministry. Bookmark the permalink.