We Have Met The Baptist, and He Is We

Posted on 10 August 2020 by catholicsensibility 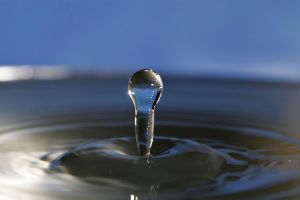 Even my wife was asking me about this resolution from the CDF on baptism.

To cite a post-conciliar theological term, that formula is pretty far out. I’ve never encountered anything like it. And in forty years of liturgical ministry, I’ve seen a lot. I would never say that I’ve seen it all. Especially after a story like this. The official line on question #1:

Whether the Baptism conferred with the formula «We baptize you in the name of the Father and of the Son and of the Holy Spirit» is valid?

A lot of recent focus has been on how the Trinity is expressed in “adapted” form. Creator, Redeemer, Sanctifier, and the like. That question, I’m sure, has been settled a long time ago. I don’t know that many people have paid attention to the subject of the ritual sentence. But they should have been.

My sense on the pastoral ministry end of this is that “we” have stuff to do, and don’t need to fuss about changing the liturgical particulars at the “magic moment.” Just say the words–these are easy. The hard part is making of the newly baptized what Christ intends them to be. That is lifelong. And a whole lot harder. In a way, these adaptations might reveal what my wife often refers to as “Vatican II done in a Vatican I way.”

Who is “we”? The priest and Christ? The communal “we” does have significant responsibility: bringing children to liturgy, forming them in faith, giving them apprenticeships in charity, justice, prayer, and most of all, in discipleship. Let’s not forget Jesus’ mandatum in Matthew 28. Discipleship is the priority. Baptism happens alongside, or even afterward.

Go, therefore, and make disciples of all nations, baptizing them in the name of the Father, and of the Son, and of the holy Spirit … (19)

Whether those persons for whom baptism was celebrated with this formula must be baptized in forma absoluta?

In plain English, the CDF prescribes a do-over. The problem here is that parish baptism registries do not distinguish between the formal rite and form far out. Maybe in the past few years, people have captured this on their phone. Or it’s on social media somewhere. If 100% of Catholics read Vatican News or the CDF daily briefs, maybe there would be some checking. And calling the parish office.

If it were one or two individual priests doing it for years–more my suspicion on the truth of this–then the cleric responsible would be making calls for return appointments. Hopefully that doesn’t throw other sacraments into a whirlwind of scrupulosity. Thing is, I don’t know too many priests who would accept this judgment, and make moves to correct it. Too embarrassing. Too much horning in on local prerogative.

If baptism marked entry into a country club, then it wouldn’t really matter the words used, as long as the overall event was followed ritually and recognizably, and the registries filled with the right info. Thankfully, baptism is not rush week for the church. It is not about club membership. It is, as Saint Matthew relates Jesus telling us, all about discipleship. And there are a lot of people with perfectly valid baptisms who go about their lives as if they were baptized by “we.” Or worse.

I have nothing to offer constructively on this point. We are in the middle of a pandemic. We are having a heck of a problem scheduling normal baptisms as it is. I do not foresee clergy fessing up on this and turning on the liturgical sprinklers for the masses at the Masses. I don’t think every parent is going to bring their kid back to Church. They have membership. Nobody can tell them otherwise. I don’t think the Temple Police will be scanning baptism videos on social media. The only way out is forward.

Bottom line: will this scare a few wayward clergy into doing it rite/right? Likely the best we can hope for.

Todd lives in the Pacific Northwest, serving a Catholic parish as a lay minister.
View all posts by catholicsensibility →
This entry was posted in Church News, Rite of Baptism. Bookmark the permalink.

7 Responses to We Have Met The Baptist, and He Is We