Posted on 22 June 2020 by catholicsensibility

I saw this piece in my morning news feed. (I wonder how the magical all-knowing google knows to connect me to a combination of racism and Catholic.)

In an emotional, 13-minute video posted on Facebook on June 14, McAleenan, who is white, called Bishop Michael Barber, the head of the Catholic Diocese of Oakland, a racist and a liar. He said Catholic bishops are “all about the white, European sensibility.” 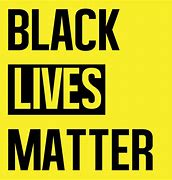 I did not view the video. A few commentary things here …

I think it is unsteady ground to label someone by their actions. I’d like to think I’m somewhat woke on that account. I learned in Marriage Encounter you get nowhere accusing a spouse of being something. “I language” gets a bad rap for being psychobabble, but the principle works. People still misinterpret, but then that’s on them. You then know they aren’t really listening. They are, in a way, owning that they’ve caused pain, and they resist the truth of it.

Call someone a racist, and objectively, it is either true or it isn’t. I think many good people say racist things (like jokes) or perform racist actions (like display a confederate flag) that offend people of color. The offender might be a real racist, but more likely, the person is just ignorant of the offense or they minimize the harm caused.

Lacking no other information, I would think of the bishop as a spiritual leader with a fair degree of self-awareness, maturity, and such. That a bishop would frown on a Gospel choir singing at a Black priest’s funeral could be a lot of things. It might be reform2. I think the position would still be racist. But almost always, it is a stretch to call someone by that label.

Why? Because it precludes having a constructive conversation. Plus, a parish pastor needs to have a constructive relationship with the bishop. The label might be true. More likely the action is “racist,” but the hope to move progressively in the face of protests, civil unrest, and the Church’s history of institutional “ism” is rather dashed when name-calling gets trotted out.

Todd lives in Minnesota, serving a Catholic parish as a lay minister.
View all posts by catholicsensibility →
This entry was posted in bishops, Commentary and tagged racism. Bookmark the permalink.

2 Responses to Racism In Oakland