Posted on 16 October 2020 by catholicsensibility

The annual hang-wringing over Christopher Columbus now mostly completed, my thinking is that we need a few new federal holidays right now. Not as replacements, but as additions. Other countries get nice things like more vacation than US Americans. We 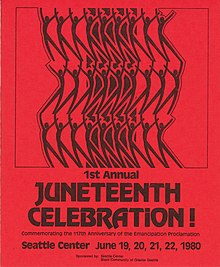 already have a collection of months without national observances–March, April, June, and August. Seems like these would be great landing spots for additional days of celebration.

June has two nice events to commemorate: a day of freedom on the 19th, and native victory over General Custer’s cavalry on the 25th. I noticed that Republicans of all people have suggested the former, though as a replacement for the second Monday in October. Just like the GOP to demur when adding an extra day to celebrate. I suppose I can be grateful they didn’t ax two days for a more lopsided trade.

August 18th was the day Amendment XIX became law. That leaves March and April, a long stretch of time between presidents and remembering. Anybody think of a way to resolve June, put original Americans on the calendar, and give us an extra holiday that makes sense in the 21st century?

So, readers, what do you think? Which four observances would you plant in these barren fields?

1 Response to Call Some New Holidays