Posted on 20 January 2021 by catholicsensibility

I noticed Los Angeles Archbishop José Gomez’s statement on the new president, and this commentary: 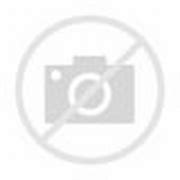 I must point out that our new President has pledged to pursue certain policies that would advance moral evils and threaten human life and dignity, most seriously in the areas of abortion, contraception, marriage, and gender. Of deep concern is the liberty of the Church and the freedom of believers to live according to their consciences.

I despaired of commenting on it. But I notice many comments in the press and social media. The former are predictable, but make for egg on the Catholic face. The AP headline described it as “warn” and the WaPo as “assail.” I’m not sure what the statement did but plant a flag on a hill. It won’t persuade anybody on the issue. Twenty percent on either end of the political spectrum are unmoved. And the majority of Americans who feel disconcerted by abortion as well as deeply troubled incarcerating women for it will likely not be moved by either a statement they will not read or the criticism of it by third parties.

I also noticed a few bishops lining up on one side or another on the prudence of the statement.

I think it’s a stretch to term people pro-abortion. There is a significant difference in actively utilizing the procedure personally or financially. Quite a few clergy and Republicans have been tripped up by the latter. For poor women, abortion is a desperate decision. For rich men, it’s a matter of convenience, thanks mostly to other rich white Republican men of the 1960s. I’ve not forgotten where legalized abortion was first promoted, even if two political parties have used it as a generator of cash for the past two generations.

Most disappointing was the quick dismissal of Archbishop Gomez’s statement from many Catholics in social media. They understand things like the biology of human beings, the persistence of poverty, civil rights of responsible people, and that the Church isn’t really persecuted for taking difficult stands. We utterly fail when it comes to standing up for good people, let alone those whose morality might be in question.

I’m sad for Archbishop Gomez, but to be sure, not because I disagree with him on abortion. But because he and his brother bishops are so ineffectual outside of their own dioceses. They make a difference more or less within their sees–I’ve seen this from bishops good and bad. But when they step out into the national or world sphere, they seem unable to avoid tripping over their own feet.

Bishops seem called to a new kind of leadership these days, but many are still trapped in the expectations of 1978-2013. Not so much 1962-1978 any more. (But there were problems with some of those bishops, too.)

Joe Biden, Catholic, won’t be moved by these statements. He’s not a perfect man, but he’s a good one. True Believers won’t be budged; they will simply nod in agreement under their MAGA 2024 hats. Catholics on the fence will ask about the children, the victims, the economy, the virus, opening up for Mass, and spiritual leadership in a time of crisis. Not politics so much. And those more described as CINOs won’t budge either. Yawn, if they even hear about it. Move on. That’s not necessarily good, but this statement was rigged to play to a certain set anyway. A bishop has done his duty. He has done what he “must.” And that’s it.

Todd lives in Minnesota, serving a Catholic parish as a lay minister.
View all posts by catholicsensibility →
This entry was posted in bishops, Church News, Politics. Bookmark the permalink.

1 Response to Gomez On Biden