What Splendor? What Truth?

Posted on 16 November 2021 by catholicsensibility 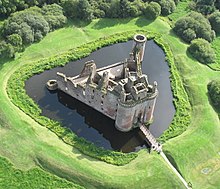 In the department with the subtitle “Why are we not surprised?” another golden city on a hill goes off the deep end. But not before the springing up of a McMansion. One upset parent:

We essentially bought them a ranch.

You’d think some of these grifters were totally unaware of JP2’s Reconciliatio et Paenitentia. And you’d be right. I have a few friends in Catholic homeschooling, and I’m sure their $$ went to a sheet of drywall, a trimmed blade of grass, or a paved stone somewhere in Texas. Another parent:

This is two heads of very Catholic organizations. We literally do hold ourselves to a higher standard. And to be lectured about virtue while this was going on . . . unbelievable.

Well, no. Really believable. You might have to read the NCRep to get details about that city of Saint John in Pennsylvania, or the village surrounding that greenhouse/church in Florida. At least this time a saint name wasn’t dragged through the sex scandal. Only splendor. And truth. Maybe a bishop:

Bishop Joseph Strickland, an outspoken booster of Veritatis Splendor, was not available for comment.

I don’t think Bishop Strickland talks to lay people except in the context of a homily. Or if he gets invited to another city in Napa Valley. The tough talk is usually reserved for the base. Just like politics.

For all the talk about tradition, the modern white flight to the neobenedictine wildnerness has a lot of problems. First, the ancient monastics fled the cities not to escape from sinful people, but to come face to face with their own weaknesses, flaws, and wickedness. They banded together in monasteries to work together to combat the wrongs they generated themselves. If you aren’t sure, read the desert fathers and mothers. Not Rod Dreher.

The escape from public education or the local less-than-Catholic school is likewise an opportunity for an empty journey. It strikes me as indulging the American proclivity to outsource the religious formation of one’s children. Like uniform-colored polo shirts and plaid skirts hemmed to the shin will reinforce virtue. Kids still look to parents. If the parents are happy to shell out oodles of money to send their teens to some 21st century rose-tinted view of a 1950’s Catholic school, the daughters and sons certainly know it.

The saints did not focus overly much on other people’s sins. The pharisees did. They ended on Jesus’ spit-list for that, though he was still and always willing to entertain a dialogue with them, even under the cover of night (Cf. John 3:1ff). I think people can talk about many things that try to shift the gaze away from personal sins. Fundamental option. Social sin. Loss of a sense. Abortion. It will inevitably come back to the only person we can even try to address: ourselves. Spend money, sure, and maybe feel better till the nature of the grift surfaces. You can’t avoid hard work. And when you try to get other people to build your dream home/love nest for you, it will probably come back to bite. Any attempt to blame a supernatural spirit, or a medical diagnosis, or the pressures of life, just reveals a loss of a sense of personal sin, a failure of contrition, and an avoidance of reform.

2 Responses to What Splendor? What Truth?