Posted on 28 February 2021 by catholicsensibility 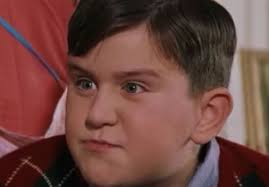 A Catholic blogger dismantles the USCCB twitter case against Equality here. One of her five points touches on the issue of bullying, on which the bishops may have a point. But alas, I haven’t ever experienced Catholic institutions as being truly serious about.

I’m concerned because transgender people actually do face a lot of danger and harassment when they use a public bathroom or locker room. So do many other people, LGBTQ or not. Think of the bullying that goes on in schools.

Not only do I think about it, I remember it. I made it a practice to avoid school bathrooms when I was a kid. Avoiding bullies is one way to develop a strong bladder. If bishops, through their Catholic school systems, were serious about combating bullies, I could take their objection on this matter more seriously.

It’s also the case that women are assaulted in public bathrooms already, by other women or by men, without bringing the transgender issue into it. They’re not very secure places.

I am sure that schools face significant expenses to the point where they want to convince themselves that bullying is not a real issue. Poor bathroom design really doesn’t need to be addressed. And sooner or later, the yawns, eye rolls, and other dismissive behavior starts. Bathrooms would be a good place to start:

In my opinion, we ought to be fixing up our backward and insecure public bathrooms and locker rooms in the United States to be more like the ones my friends in Europe are accustomed to: an actual private room rather than a stall, with a good secure door and the sink right there in it. This would be better for everyone and a good way to put all our concerns to rest, without putting vulnerable people in any more danger.

Todd lives in Minnesota, serving a Catholic parish as a lay minister.
View all posts by catholicsensibility →
This entry was posted in bishops, Commentary, Politics. Bookmark the permalink.

1 Response to On Bullying