Posted on 1 October 2021 by catholicsensibility 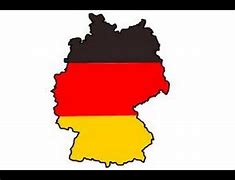 In other words, “strong words” from the laity at the opening of Germany’s synod. Anger expressed at four bishops and the refusal of Pope Francis to grant resignations. From Crux:

(B)efore discussions began on the agenda, the leadership decided to allow an hour to clear the air after the Vatican decided to reinstate bishops accused of mishandling abuse.

There was admitted trepidation on the part of the synod leadership, and a stated worry that those who favored the Vatican move would be intimidated. From the Central Committee of German Catholics, fifty-seven signatories offered a statement that included:

As members of the Synodal Path Assembly, we are willing to continue on the Synodal Path. We expect our bishops to join us in this journey as a sign and instrument for a genuine rediscovery of the good news of God in our time. And we expect the bishop of Rome, in communion with all the bishops, to examine the impulses of our Synodal Path in an unbiased way. Otherwise, any talk about the synodal constitution of our church would become a mere farce.

What has this church come to, if it is the same here as it is in the world outside: The big guys can do what they want, the little ones are hanged, the big guys are let off the hook.

The Church’s treatment of many lay employees has certainly looked like the secular world. People too easily handing out the pink slip when sinful clergy remain active.

To be sure, in many controversial decisions there are reasonable points to be made on both sides. Bishops and lay people can be penitent and regretful, pledge to do better, and possess redeeming qualities that shouldn’t be lost. And sometimes, trust has been violated so deeply that business can never return to “usual.” Sometimes that is a burden on those pink slipped. But sometimes alternatives can surface that respond to a sense of restorative justice. People can move forward together. That would be the hope.

I think most of us realize that unequal treatment and unfairness is part of the human condition. The Church is sullied by sin as much as any other institution. An apologist for a reinstated bishop said nothing illegal was done, but that is a different bar from the one applied in canon law and in the moral life.

Maybe we need a fourth form of the Rite of Penance in which lay people oversee a period of penitence for wayward bishops, and when they determine a suitable time of reform has concluded, the prelate can be forgiven by an ordained confessor and returned to priestly ministry.

Todd lives in Minnesota, serving a Catholic parish as a lay minister.
View all posts by catholicsensibility →
This entry was posted in bishops, Church News, sex abuse. Bookmark the permalink.