Asmodeus: The Blur of Evil

Posted on 8 November 2011 by catholicsensibility 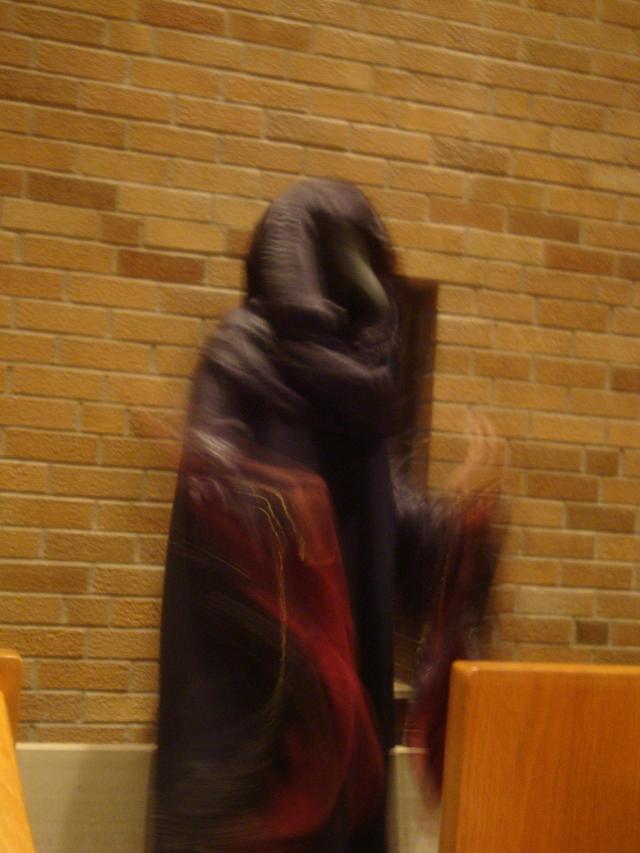 There was discussion on how to depict the demon afflicting Sarah. We didn’t determine an actual casting role for certain until we were well into rehearsals. From Tobit 3:17:

So Raphael was sent to heal … to give Sarah, the daughter of Raguel, as a wife to Tobiah, the son of Tobit, and to rid her of the wicked demon Asmodeus.

My friend John captured this blurred image of Asmodeus, who appears lurking around Sarah. Hopefully the audience gets the drift that the demon is invisible to the characters. The image is serendipitous, in that if we could show the demon as a blur of action, that would be closer to my ideal. Perhaps in the film version. As it is, the blend of blood red and black, the inhuman beak, and the hand that deals death: this image may be imperfect in focus, but it depicts the nature of evil all too well.

Todd lives in the Pacific Northwest, serving a Catholic parish as a lay minister.
View all posts by catholicsensibility →
This entry was posted in Art, Parish Life, Scripture, Tobit, Todd's music. Bookmark the permalink.

1 Response to Asmodeus: The Blur of Evil